you only turn 5 once

you only turn 5 once 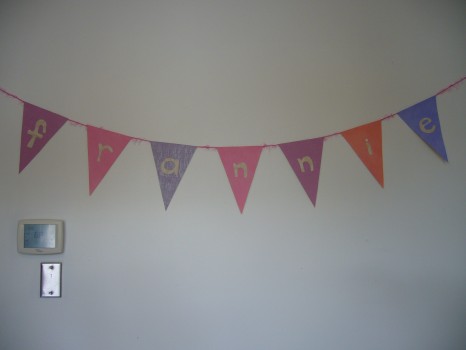 Cupcakes with her class at school. A Barbie cake from Goodbye Gluten. More cupcakes at her party. And a homemade Hello Kitty cake at her Bubby’s house.

OK, we’ll admit, we went overboard this year because we were eager to try out different baked goods from some of the exhibitors who will be at the Gluten Free Garage. The best gluten-free bakers in town are coming to this event! For a list of the who’s who, check out our Exhibitors page.

Now back to the birthday girl. 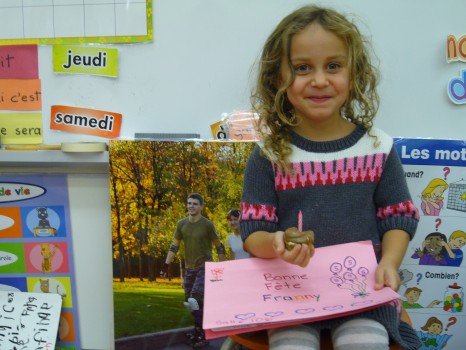 Franny at school with her cupcake from The Wheat Free Girls. These babies, just bigger than bite size, were gobbled up by her classmates and teachers. 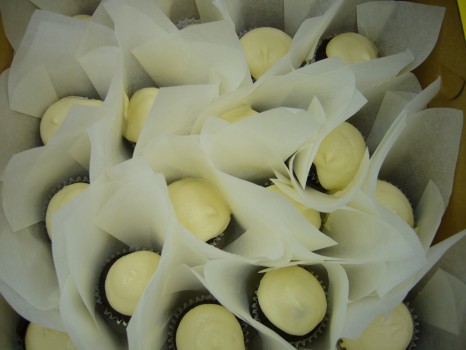 “The Beatles” – chocolate cake with vanilla coconut butter cream – were so much more than a pretty package. They were evidence that happiness is a cupcake. 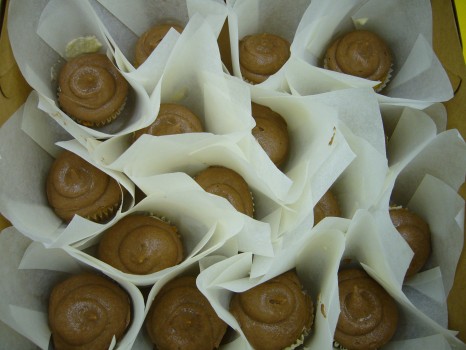 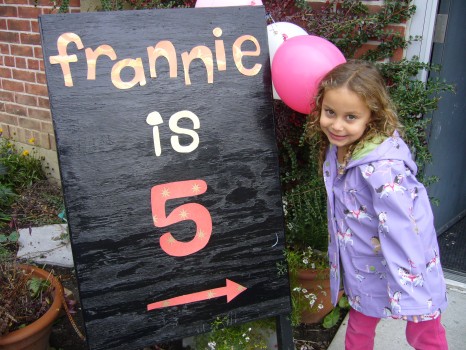 This way to Franny’s party at The Children’s Art Studio!

Franny partied down with her sister and cousins and a handful of girlfriends at The Children’s Art Studio, run by artist and teacher Lynn Jackson. My children have taken art classes with Lynn in her cozy little studio at the Artscape Wychwood Barns for the past two years. She inspires them to be their most creative selves. She gives them permission to get messy. She builds up their self-esteem. She teaches them about Picasso, Andy Warhol and Frida Kahlo. And she genuinely cares about them and their well-being. She makes gluten-free playdough and papier-mâché so Lily can participate with the rest of the class and not feel left out and she always makes sure to have a gluten-free snack at the studio.

I am beyond thrilled that the CHILDREN’S ART STUDIO is hosting a pop-up art event at the Gluten Free Garage!

The Pop-Up Art Studio will take place at the Artscape Wychwood Barns, inside the Covered Street Barn (Barn 3) in studio #174, between 1 and 4 pm and is suitable for kids 4 to 10 years old. 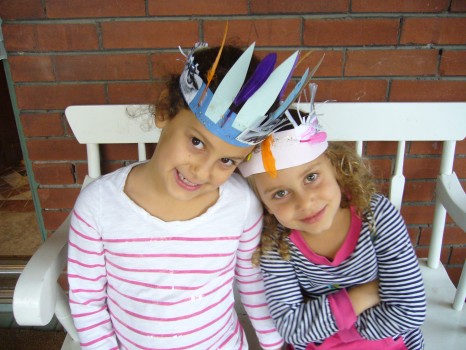 Lily and Franny in their party headdresses.

After the kids made their party headdresses at The Children’s Art Studio, they headed over to our house for some special cupcakes. 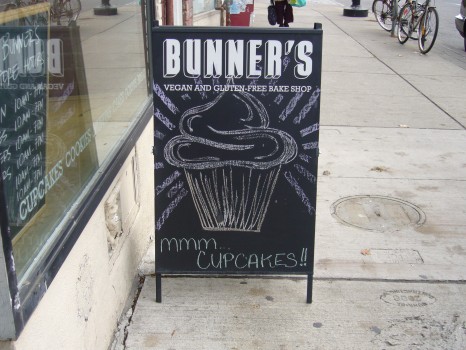 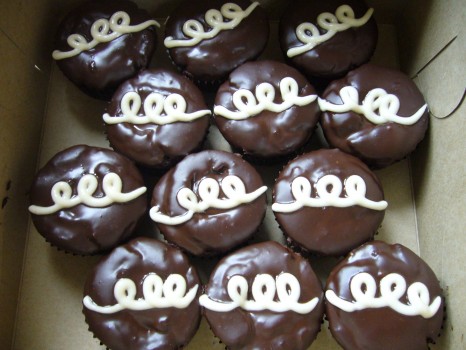 For Franny’s party we went old school with Bunner’s “fauxstess” cupcakes. These vanilla-cream-filled chocolate blasts from the past are even yummier than they look! A huge hit with the kids, even bigger with the parents. For the first couple of bites my brother assumed they were the real deal. When I told him they were vegan and gluten free, he exclaimed: “Holy Hostess! They’re just like from when we were growing up!” 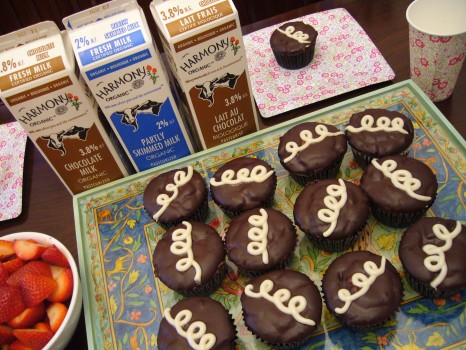 What more does a birthday girl need? Fresh strawberries and a glass of cold Harmony Organic milk to wash it all down.

Last but definitely not least, my mother-in-law—not to be outdone in the baking department—had the icing on the cake with her homemade gluten-free Hello Kitty confection. 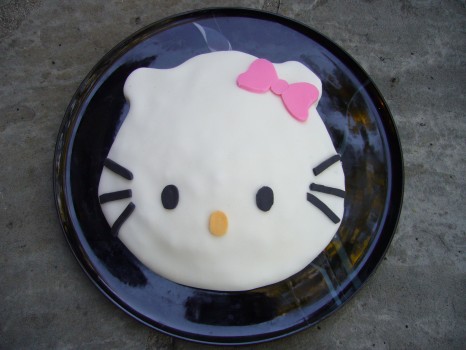