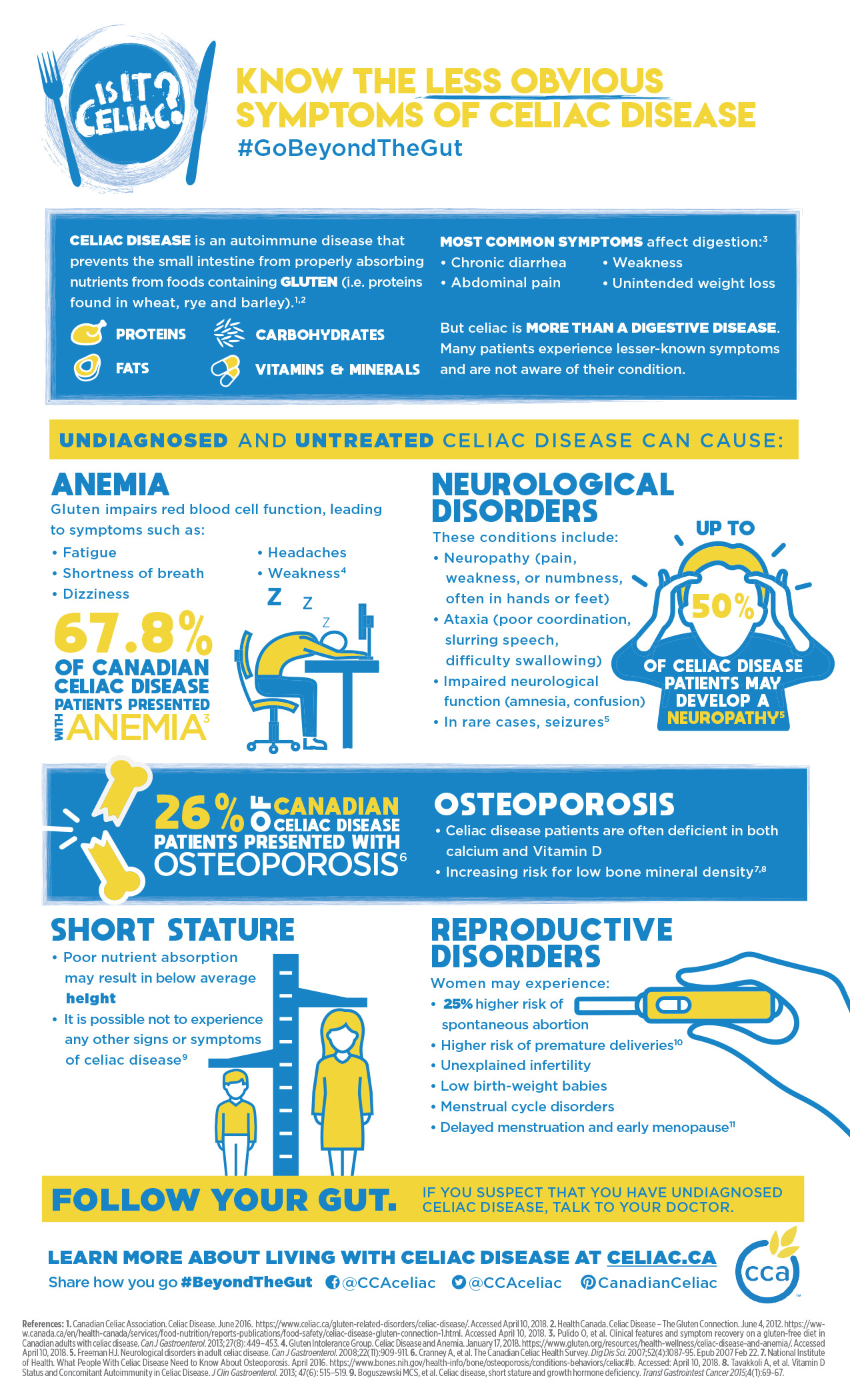 It’s Celiac Awareness Month and the Canadian Celiac Association (CCA) is urging people to #GoBeyondTheGut. When most people think of celiac disease, they think of gut and digestive issues—diarrhea, constipation, bloating, cramps, stomach pain, gas, weight loss. But what about the less obvious signs of celiac disease?

We’re all about the tummy love, but there is so much more to celiac disease than that. Here are some of the atypical signs:

For more detailed information about each one, click here.

According to the CCA, “over 80% of people with celiac disease have yet to be diagnosed.” Is it because they don’t have the classic signs of celiac so it’s not even on their radar? Very possibly. That is why it is so important to be aware of the less common signs. Celiac disease goes beyond the gut—it’s autoimmune, it impacts the whole body. Check out this brilliant infographic from Gluten Dude, showing 84 different symptoms of the disease.

Unfortunately, so many people suffer for years with symptoms that they don’t think are related to celiac. A recent CCA survey of more than 300 people showed that the average time until diagnosis is 10-plus years. This is what else it revealed:

That’s right, Ontario is the only province that does not cover blood screening of celiac disease! The CCA is advocating for this test to be made free. You can join them by downloading this petition and sending it to the CCA  to your local Member of Provincial Parliament. 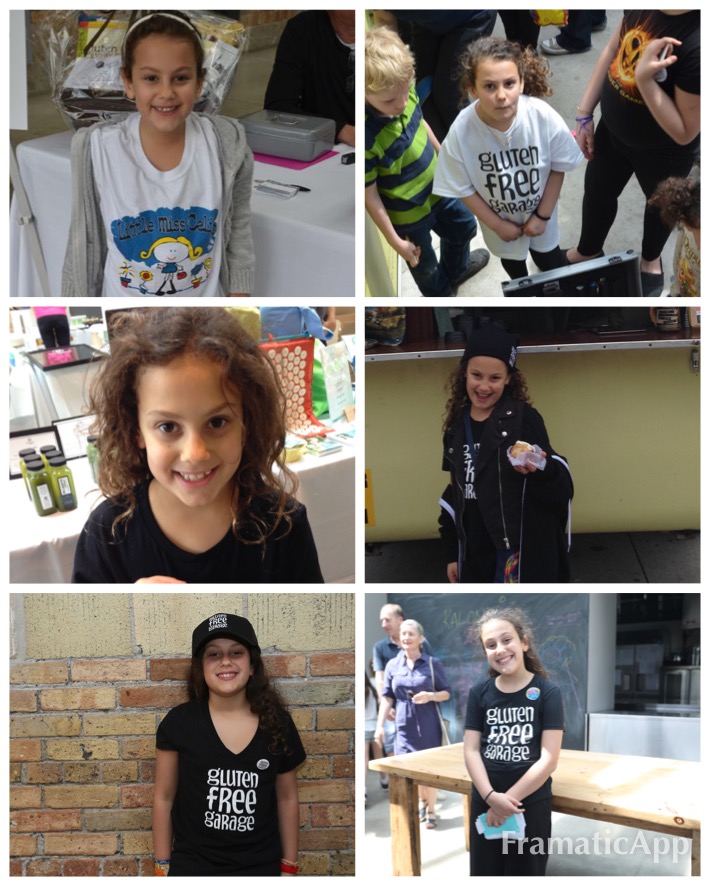 On a personal note, my daughter, Lily, presented with a lot of tummy trouble (bloating, constipation, pain) and then ultimately throwing up, which is what alerted us to the fact that something serious was going on with her. She was tired all the time, and her blood work revealed very low iron levels; she was on the verge of anemia. (Iron deficiency anemia is one of the most frequent presenting problems in celiac disease.) She was also below the average height for her age; “not thriving,” as the doctor put it. After our second visit to her pediatrician, he suggested we get her tested for celiac disease. He noted that the test wasn’t covered and I would have to pay for it.

Soon after he called to say that Lily had celiac disease.

Within two months of eating gluten free, Lily started to blossom. She wasn’t having stomach aches, her bloated belly basically deflated, and she stopped throwing up. She had so much more energy, her hair started growing, and she started to fill out in all the right places. All because we removed gluten from her diet (which definitely took some trial and error!). We’re so lucky she was diagnosed at the young age of three.

In those early days, the CCA was a big help to our family. I went to a few informative evenings held by our local Toronto chapter, where I learned about different aspects of celiac disease and living gluten free. I didn’t leave my house without the CCA’s pocket dictionary of foods for the gluten-free diet (I still carry a worn-out copy around in my purse!). And when the kids were little our family went each year to the CCA holiday party where everything and everyone was gluten free!

On May 16th the CCA is hosting a free webinar on children and celiac disease. Pediatric gastroenterologist Dr. Dominica Gidrewciz will review the classic and lesser-known signs and symptoms of celiac disease most often seen in children. And registered dietitian Jessica Wu will share how to maintain and improve your child’s health after diagnosis.

To give back to the Canadian Celiac Association and help support the important work it does for and on behalf of people with celiac disease and gluten sensitivity, I donate a portion of the proceeds from GFG ticket sales to the organization. From advocacy to  awareness, the CCA provides support, information and resources to people living with celiac disease.

If we spread awareness about celiac disease, my hope is that more people will become aware of the myriad symptoms and will get tested and diagnosed so they don’t have to suffer short- or long-term. I also hope that by sharing stories about this autoimmune disease, people will realize that for more than 1 in 133 people being gluten free is not a choice but a treatment they require to stay healthy. For people with celiac, food literally is medicine. It should be delicious.

On that note, there isn’t a better time to be gluten-free than now. Gluten free has come a long way, baby! Come taste for yourself at Gluten Free Garage on May 27th!

This year the Canadian Celiac Association will have a table at #GFG18!
Say hello to executive director Melissa Secord!