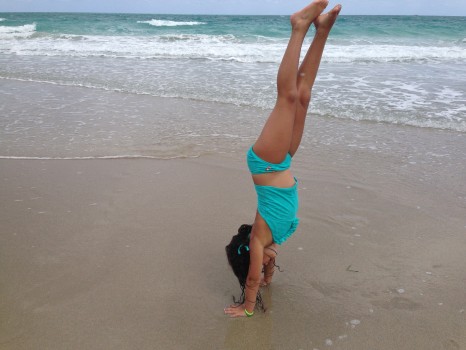 This is what 8 looks like. My happy, healthy, vibrant girl, gluten free for more than four years now. 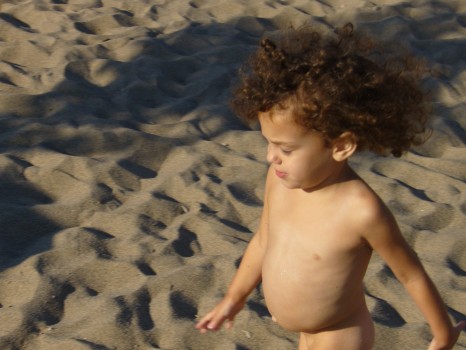 This is what 3 looked like. Lily’s big bloated belly was a startling contrast to her skinny arms and legs.

We had asked her pediatrician about it at a few appointments. He said there were other children in his practice who had big bellies like this, it would go down. My mother-in-law said, “This is what Robbie’s body looked like when he was her age.” Lily was a super happy girl and rarely complained of tummy aches. Until Christmastime 2009, when for three nights in a row she awoke in the middle of the night, throwing up. Thinking it was the stomach flu, I took her to the doctor, who prescribed a medicine for acid reflux. That night she threw up again and I took her back to the doctor the next day. This is not acid reflux. Look at her belly. It’s getting bigger. He ran some blood tests and asked for my consent to test her for celiac disease. (It’s $60—OHIP doesn’t cover the cost of the celiac blood panel. Ontario is the last province not to cover the test. Shame!)

The call came a few days later. Lily’s test came back positive and her doctor said that her autoantibody levels were so high that he had no doubt she has celiac disease. He would refer us to a gastroenterologist. That night my husband and I took to our laptops and Googled celiac, gluten and gluten-free food into the wee hours.

What was this celiac disease? And what on earth was gluten? I soon learned that Lily was lucky to have been diagnosed at such a young age, before too much damage was done. She didn’t have to suffer the brutal symptoms of celiac for long, nor did her disease require a lifetime on meds. But the more my husband and I read about the gluten-free diet, the more overwhelmed we felt. Finally, we decided to turn our house into a full-on gluten-free zone so that eating could still be a positive, safe and joyful experience for Lily.

The next day we cleaned out our kitchen and Lily went gluten free (and so, by default, did we). In time I read about the importance of having an intestinal biopsy to confirm the diagnosis, but my gut told me to get this girl off gluten. (When we eventually met with Lily’s gastroenterologist, she said it was rare for her to not recommend the biopsy but she was convinced that Lily had celiac, based on her symptoms, blood test and how she was thriving off gluten.) 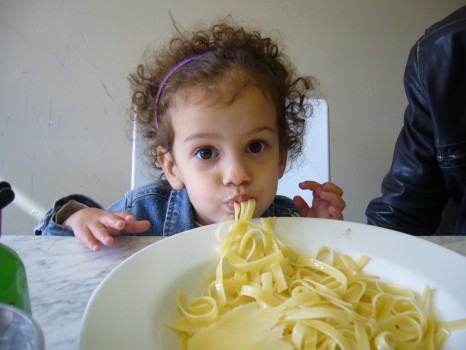 Lily, pre-diagnosis, eating a big bowl of fettuccine. When I look at this photo, I feel sick that we were inadvertently poisoning her.

In retrospect, there were other signs besides her big belly that indicated something might be up. Lily had dark circles under her eyes, even though she was getting enough sleep at night. And she was tired, oftentimes falling asleep on her teacher’s lap in the afternoon, so we switched her to morning nursery. It’s no wonder that she was so fatigued, she was on the verge of anemia, as her iron counts showed. She also didn’t seem to be growing at the same pace as her pals—”failure to thrive,” as it’s put. 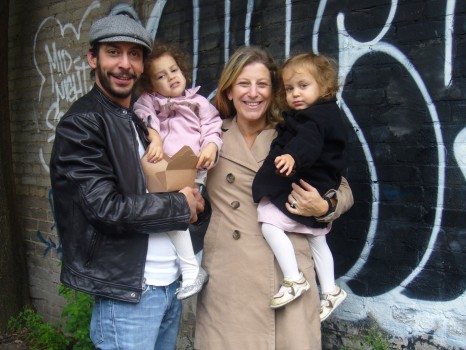 And then there was Lily’s face in this photo, taken months before her diagnosis. We had just left a restaurant where we celebrated my younger daughter’s birthday. Lily didn’t say anything about not feeling well but she looks so uncomfortable in this photo, like she’s in pain. It breaks my heart.

Sometimes I wonder why didn’t I notice something was up. A stay-at-home mom, I was with Lily every day. Why didn’t I pick up on these signs? How did I not realize that her distended belly was absolutely not normal? And did I do something to trigger her disease? 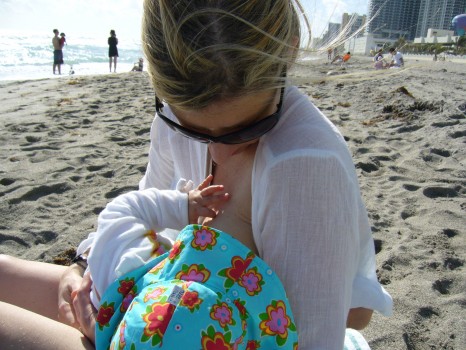 I read that breastfeeding could possibly protect your baby against the development of celiac disease, but doing it for longer than 12 months could increase the risk. I had breastfed Lily for 10 months. 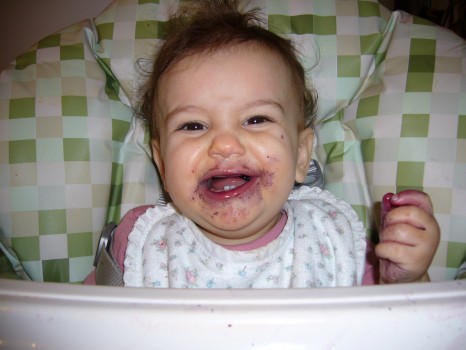 I read that introducing gluten early on (4 to 6 months) may help babies avoid the risk of celiac disease. We waited until Lily was six months old to feed her solids, beginning with vegetables and fruit, even longer for wheat cereal.

And I read that children born by C-section are more likely to develop celiac disease. I had a C-section. Finally, did you know that birth month might be linked to celiac? It’s more common among kids born in spring and summer; Lily’s birthday is at the end of March.

The only thing I knew for sure was… 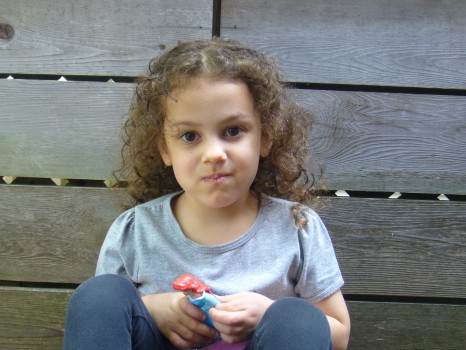 This is Lily two months after going off gluten. The transformation was nothing short of remarkable. She had put on some weight in places other than her belly—which had shrunk considerably—and was really filling out. Within months, she had gotten a bit taller, went up a shoe size and her hair started growing like a weed. Her blossoming body was catching up to her big personality. 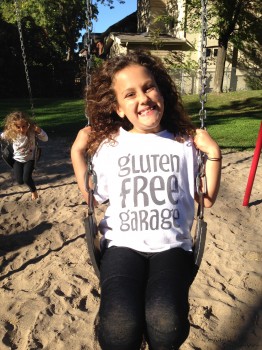 Lily is the inspiration behind the Gluten Free Garage (aka the GFG muse). She inspires me every day. Every time she hears no, you can’t eat that cake, have that piece of Bubby’s challah, fill in the blank. Every time she feels different, deprived, left out. Every time she understands the healthy food choices she makes. 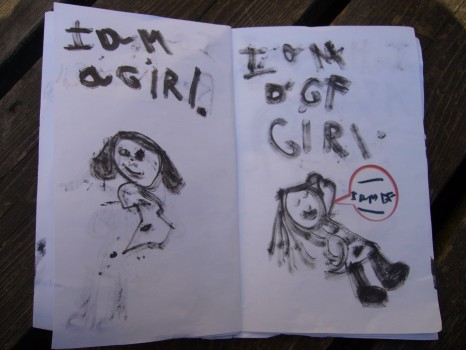 Lily told me the other day: “Gluten free is a part of me.” 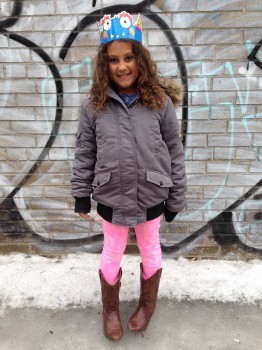