she’s got the GF beat: Pimenton

she’s got the GF beat: Pimenton 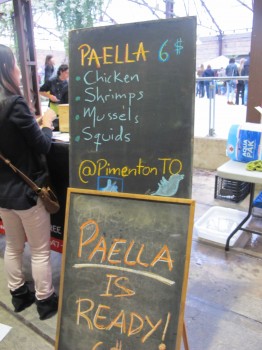 Last month marked the one-year anniversary of the Toronto Underground Market. TUM is a social food market held at the Evergreen Brick Works that provides space for burgeoning home cooks/entrepreneurs to showcase their unique and delicious food creations.

On this crisp evening, I happened upon a wonderful chef named Jose Arato. He owns a Spanish and Mediterranean restaurant called Pimenton on Mt. Pleasant. I was lured to Pimenton’s stall by aromas of slow-cooking meat, seafood and rice and remained captivated by the spoon that was slowly churning the paella. This traditional Spanish dish—a Pimenton specialty—is made in a large paellera (traditional paella pan) and is rich and soulful. I devoured every last morsel of my steamy rice stew with fresh chicken, muscles, shrimp and squid. In addition to being tasty and hearty, paella is gluten free! 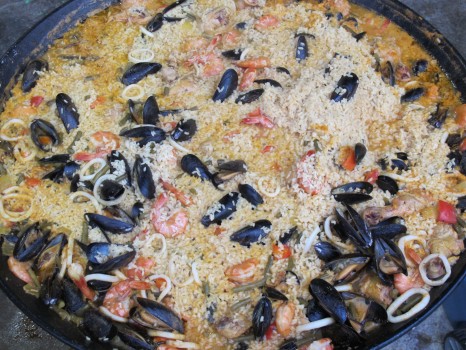 TUM might be over, but fortunately you (and three lucky friends!) can indulge in Jose’s paella at his gourmet food store or buy it by the pound on Saturdays to take home. Choose from Paella Marinara (fresh seafood), Paella Valenciana (chicken and fresh seafood) or Paella Vegetariana. Pimenton also offers paella cooking classes, where you will learn techniques to make paella like a pro. Better yet, why not host a paella party and have your own personal paella made right in your home? 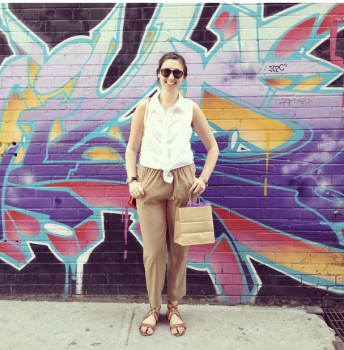 Rebecca Feigelsohn is a recent graduate of McGill University who now works as a freelance writer interested in food, culture and social justice. Visit her blog at madaboutfood@tumblr.com to read about her gastronomic adventures.