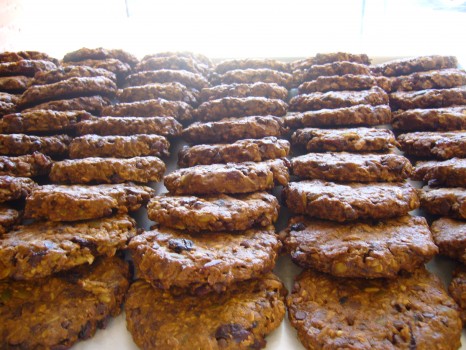 I had one of these crispy, chewy cookies from Bunner’s Bakeshop for breakfast yesterday. Before you judge me, read this, from the Bunner’s website: “Packed full of organic protein-rich seeds, plump cranberries and rich dark chocolate, the Supersonic Gypsy stands its ground when there’s just no time for a full breakfast.” There you go! No guilt. Just me, my wholesome Supersonic Gypsy cookie and a cup of toasted walnut green tea from DAVIDsTEA. (Dunking the cookie in the tea…not a bad idea.) 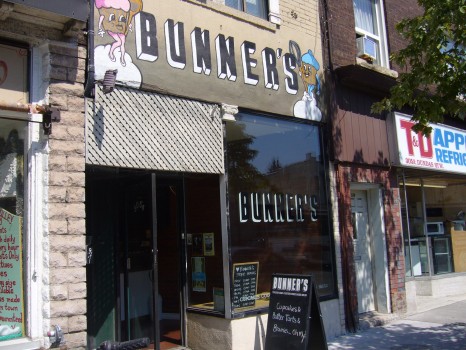 How cute are the his and hers cupcake characters? 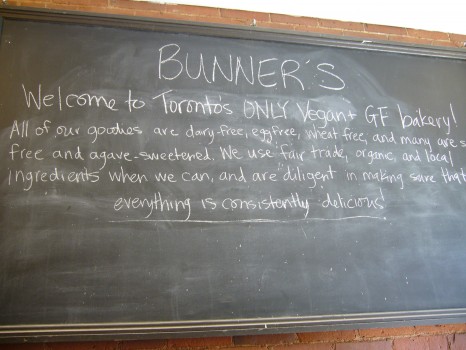 Bunner’s Vegan and Gluten-Free Bakeshop – Toronto’s first bakery of its kind – is a sweet little spot in the Junction. We discovered it last March when I was looking for a gluten-free birthday cake for Lily. She wanted a “real” cake (as
opposed to an ice-cream cake). She wanted chocolate. Well, she had her cake and ate it too! Who knew that something free of gluten, eggs and dairy could taste so heavenly, so moist, so fluffy? 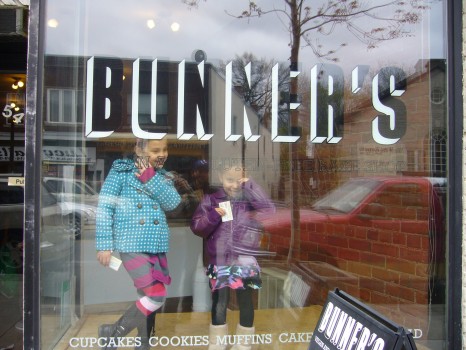 Our first time at Bunner’s, picking up Lily’s birthday cake.

Since then, we’ve become Bunner’s devotees. And we’re not the only ones. This little bakeshop has a big following. Like my friend Bonnie, whose daughter is lactose intolerant. She was blown away by how “unexpectedly moist” the baked goods are. “You don’t have to be gluten- or dairy free to enjoy Bunner’s,” she says. “The brownies are equal opportunity scrumptious!”

What follows is some R-rated gluten-free goodness, just warning you. 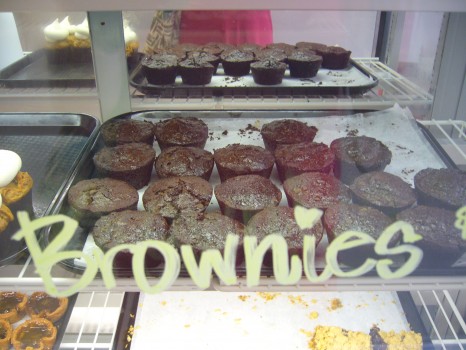 When Lily took the first bite of her chocolatey Bunner’s brownie, she turned to me and asked: “Are you sure these are gluten free?” 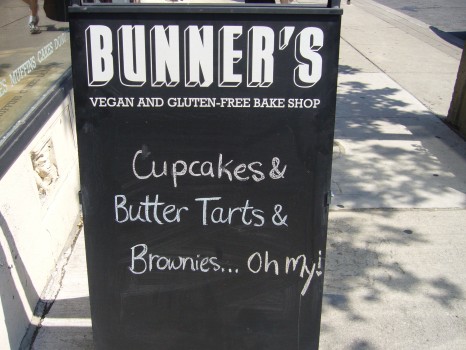 Yes, you read it right. It says butter tarts. 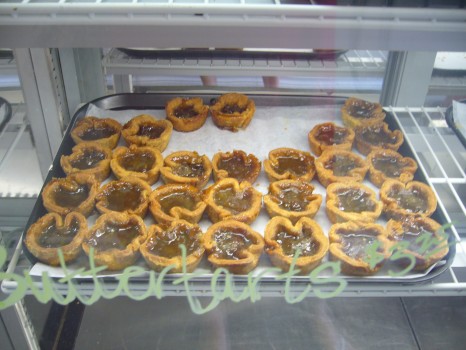 What proud Canadian doesn’t love a butter tart? These funny-shaped tarts have a flaky crust on the outside and liquid gold on the inside. 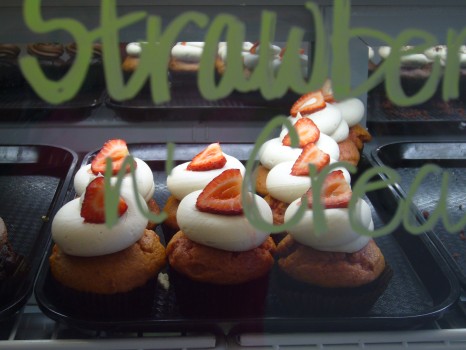 Bunner’s cupcakes made BlogTO’s “best cupcakes in Toronto” list last year. They come in an assortment of flavours, like strawberry n’ cream, red velvet and vanilla. 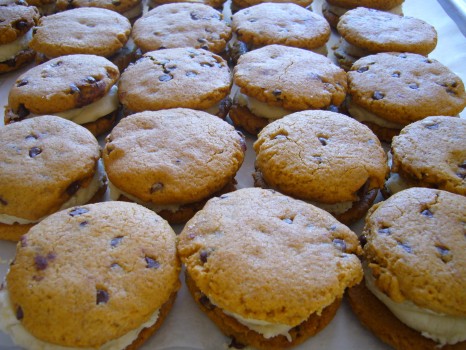 The Creamie: rich, creamy vanilla frosting sandwiched between two chocolate chip cookies. Whoever came up with this recipe should be awarded a medal (or arrested).

P.P.S. Rumour has it that owners Ashley Wittig and Kevin MacAllister have their sights set on another downtown location!