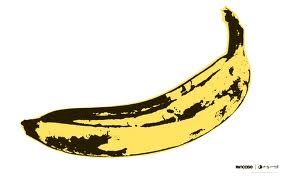 I don’t know about you but I love bananas. We had bunches of bananas left over from our pop-up marketplace (courtesy of Burnac Produce, which kindly provided fresh fruit for Gluten Free Garage vendors and volunteers). For the past few weeks I’ve been blending up the smoothies. Oh, but there’s so much more you can do with these potassium-packed fruits! 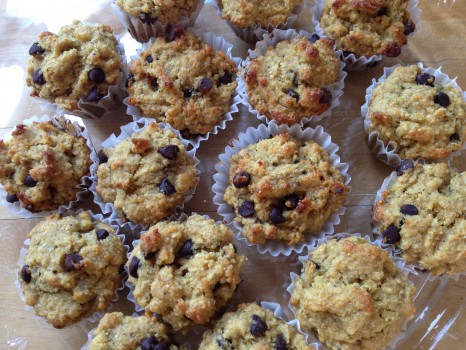 These banana muffins are dee- to the pea-licious! They’re also vegan and gluten free.

I also baked a few batches of these Pea-licious Banana Muffins, which I first made—and fell in love with—in Marni Wasserman’s Gourmet and Gluten Free Cooking Class. Fresh out of the oven, they are little bites of melted bliss. I double dare you to eat just one. 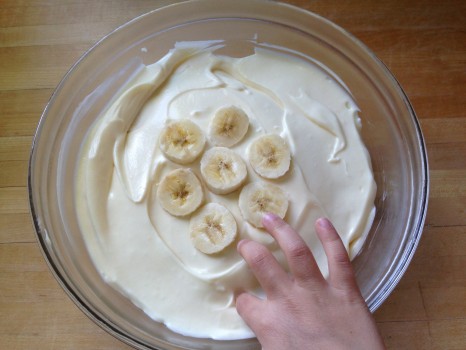 Next up I tried my hand at a gluten-free version of the heavenly banana pudding from famed Magnolia Bakery in NYC. Do not make this pudding if there is a remote possibility that you might have leftovers…trust me (but don’t leave me alone in a room with this pudding)! It is the best banana pudding you will ever taste in your whole life. Below is the recipe, adapted from The Complete Magnolia Bakery Cookbook. I left out the Nilla wafers (round, thin, light vanilla-flavoured wafer-style cookies made by Nabisco) to make this pudding gluten free, and then I discovered this ‘Nilla Wafer recipe from Gluten Free on a Shoestring. I’ll definitely be making this again!

And, finally, I pulled out all the stops to make a gluten-free version of my Bubby (that’s a Jewish grandmother) Fran’s famous chocolate chip banana cake. I grew up on this banana cake and have really missed it ever since we went gluten free.

It took me four tries to perfect it (yes, we’ve been eating a lot of banana cake around here) and I knew I had it when my father and his siblings devoured every last crumb on the plate. Now I just need their permission to share it! 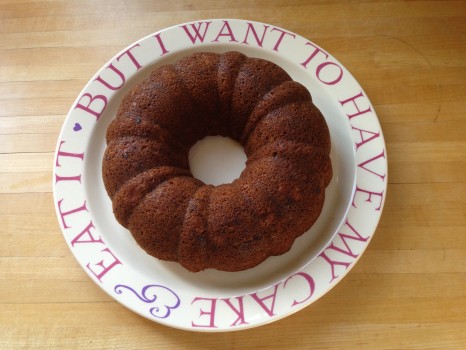